The Declaration of Independence
The Want, Will, and Hopes of the People

IN CONGRESS, JULY 4, 1776
The unanimous Declaration of the thirteen united States of America
When in the Course of human events it becomes
necessary for one people to dissolve the political
bands which have connected them with another and
to assume among the powers of the earth, the separate and equal
station to which the Laws of Nature and of Nature’s God entitle
them, a decent respect to the opinions of mankind requires that
they should declare the causes which impel them to the
separation.
We hold these truths to be self-evident, that all men are created
equal, that they are endowed by their Creator with certain
unalienable Rights, that among these are Life, Liberty and the
pursuit of Happiness. — That to secure these rights,
Governments are instituted among Men, deriving their just
powers from the consent of the governed, — That whenever any
Form of Government becomes destructive of these ends, it is the
Right of the People to alter or to abolish it, and to institute new
Government, laying its foundation on such principles and
organizing its powers in such form, as to them shall seem most
likely to effect their Safety and Happiness. Prudence, indeed, will
dictate that Governments long established should not be changed
for light and transient causes; and accordingly all experience hath
shewn that mankind are more disposed to suffer, while evils are
sufferable than to right themselves by abolishing the forms to
which they are accustomed. But when a long train of abuses and
usurpations, pursuing invariably the same Object evinces a
design to reduce them under absolute Despotism, it is their right,
it is their duty, to throw off such Government, and to provide new
Guards for their future security. — Such has been the patient
sufferance of these Colonies; and such is now the necessity
which constrains them to alter their former Systems of
Government. The history of the present King of Great Britain is a
history of repeated injuries and usurpations, all having in direct
object the establishment of an absolute Tyranny over these States.
To prove this, let Facts be submitted to a candid world.
He has refused his Assent to Laws, the most wholesome and
necessary for the public good.

He has forbidden his Governors to pass Laws of immediate and
pressing importance, unless suspended in their operation till his
Assent should be obtained; and when so suspended, he has
utterly neglected to attend to them.
He has refused to pass other Laws for the accommodation of
large districts of people, unless those people would relinquish the
right of Representation in the Legislature, a right inestimable to
them and formidable to tyrants only.
He has called together legislative bodies at places unusual,
uncomfortable, and distant from the depository of their Public
Records, for the sole purpose of fatiguing them into compliance
with his measures.
He has dissolved Representative Houses repeatedly, for opposing
with manly firmness his invasions on the rights of the people.
He has refused for a long time, after such dissolutions, to cause
others to be elected, whereby the Legislative Powers, incapable
of Annihilation, have returned to the People at large for their
exercise; the State remaining in the mean time exposed to all the
dangers of invasion from without, and convulsions within.
He has endeavoured to prevent the population of these States; for
that purpose obstructing the Laws for Naturalization of
Foreigners; refusing to pass others to encourage their migrations
hither, and raising the conditions of new Appropriations of
Lands.
He has obstructed the Administration of Justice by refusing his
Assent to Laws for establishing Judiciary Powers.
He has made Judges dependent on his Will alone for the tenure of
their offices, and the amount and payment of their salaries.
He has erected a multitude of New Offices, and sent hither
swarms of Officers to harass our people and eat out their
substance.
He has kept among us, in times of peace, Standing Armies
without the Consent of our legislatures.
He has affected to render the Military independent of and
superior to the Civil Power.
He has combined with others to subject us to a jurisdiction
foreign to our constitution, and unacknowledged by our laws;
giving his Assent to their Acts of pretended Legislation:
For quartering large bodies of armed troops among us:
For protecting them, by a mock Trial from punishment for any
Murders which they should commit on the Inhabitants of these
States:

For cutting off our Trade with all parts of the world:
For imposing Taxes on us without our Consent:
For depriving us in many cases, of the benefit of Trial by Jury:
For transporting us beyond Seas to be tried for pretended
offences:
For abolishing the free System of English Laws in a
neighbouring Province, establishing therein an Arbitrary
government, and enlarging its Boundaries so as to render it at
once an example and fit instrument for introducing the same
absolute rule into these Colonies
For taking away our Charters, abolishing our most valuable Laws
and altering fundamentally the Forms of our Governments:
For suspending our own Legislatures, and declaring themselves
invested with power to legislate for us in all cases whatsoever.
He has abdicated Government here, by declaring us out of his
Protection and waging War against us.
He has plundered our seas, ravaged our coasts, burnt our towns,
and destroyed the lives of our people.
He is at this time transporting large Armies of foreign
Mercenaries to compleat the works of death, desolation, and
tyranny, already begun with circumstances of Cruelty & Perfidy
scarcely paralleled in the most barbarous ages, and totally
unworthy the Head of a civilized nation.
He has constrained our fellow Citizens taken Captive on the high
Seas to bear Arms against their Country, to become the
executioners of their friends and Brethren, or to fall themselves
by their Hands.
He has excited domestic insurrections amongst us, and has
endeavoured to bring on the inhabitants of our frontiers, the
merciless Indian Savages whose known rule of warfare, is an
undistinguished destruction of all ages, sexes and conditions.
In every stage of these Oppressions We have Petitioned for
Redress in the most humble terms: Our repeated Petitions have
been answered only by repeated injury. A Prince, whose
character is thus marked by every act which may define a Tyrant,
is unfit to be the ruler of a free people.
Nor have We been wanting in attentions to our British brethren.
We have warned them from time to time of attempts by their
legislature to extend an unwarrantable jurisdiction over us. We
have reminded them of the circumstances of our emigration and
settlement here. We have appealed to their native justice and
magnanimity, and we have conjured them by the ties of our
common kindred to disavow these usurpations, which would
7/4/2017 The Declaration of Independence: Full text
http://www.ushistory.org/declaration/document/ 4/6
inevitably interrupt our connections and correspondence. They
too have been deaf to the voice of justice and of consanguinity.
We must, therefore, acquiesce in the necessity, which denounces
our Separation, and hold them, as we hold the rest of mankind,
Enemies in War, in Peace Friends.
We, therefore, the Representatives of the united States of
America, in General Congress, Assembled, appealing to the
Supreme Judge of the world for the rectitude of our intentions,
do, in the Name, and by Authority of the good People of these
Colonies, solemnly publish and declare, That these united
Colonies are, and of Right ought to be Free and Independent
States, that they are Absolved from all Allegiance to the British
Crown, and that all political connection between them and the
State of Great Britain, is and ought to be totally dissolved; and
that as Free and Independent States, they have full Power to levy
War, conclude Peace, contract Alliances, establish Commerce,
and to do all other Acts and Things which Independent States
may of right do. — And for the support of this Declaration, with
a firm reliance on the protection of Divine Providence, we
mutually pledge to each other our Lives, our Fortunes, and our
sacred Honor.
New Hampshire:
Josiah Bartlett (../signers/bartlett.html), William Whipple
(../signers/whipple.html), Matthew Thornton
(../signers/thornton.html)
Massachusetts:
John Hancock (../signers/hancock.html), Samuel Adams
(../signers/adams_s.html), John Adams (../signers/adams_j.html),
Robert Treat Paine (../signers/paine.html), Elbridge Gerry
(../signers/gerry.html)
Rhode Island:
Stephen Hopkins (../signers/hopkins.html), William Ellery
(../signers/ellery.html)
Connecticut:
Roger Sherman (../signers/sherman.html), Samuel Huntington
(../signers/huntington.html), William Williams
(../signers/williams.html), Oliver Wolcott
(../signers/wolcott.html)
New York:
William Floyd (../signers/floyd.html), Philip Livingston
(../signers/livingston_p.html), Francis Lewis
(../signers/lewis.html), Lewis Morris (../signers/morris_l.html)
New Jersey:
Richard Stockton (../signers/stockton.html), John Witherspoon
(../signers/witherspoon.html), Francis Hopkinson
7/4/2017 The Declaration of Independence: Full text
http://www.ushistory.org/declaration/document/ 5/6
(../signers/hopkinson.html), John Hart (../signers/hart.html),
Abraham Clark (../signers/clark.html)
Pennsylvania:
Robert Morris (../signers/morris_r.html), Benjamin Rush
(../signers/rush.html), Benjamin Franklin
(../signers/franklin.html), John Morton (../signers/morton.html),
George Clymer (../signers/clymer.html), James Smith
(../signers/smith.html), George Taylor (../signers/taylor.html),
James Wilson (../signers/wilson.html), George Ross
(../signers/ross.html)
Delaware:
Caesar Rodney (../signers/rodney.html), George Read
(../signers/read.html), Thomas McKean (../signers/mckean.html)
Maryland:
Samuel Chase (../signers/chase.html), William Paca
(../signers/paca.html), Thomas Stone (../signers/stone.html),
Charles Carroll of Carrollton (../signers/carroll.html)
Virginia:
George Wythe (../signers/wythe.html), Richard Henry Lee
(../signers/rhlee.html), Thomas Jefferson
(../signers/jefferson.html), Benjamin Harrison
(../signers/harrison.html), Thomas Nelson, Jr.
(../signers/nelson.html), Francis Lightfoot Lee
(../signers/fllee.html), Carter Braxton (../signers/braxton.html)
North Carolina:
William Hooper (../signers/hooper.html), Joseph Hewes
(../signers/hewes.html), John Penn (../signers/penn.html)
South Carolina:
Edward Rutledge (../signers/rutledge.html), Thomas Heyward, Jr.
(../signers/heyward.html), Thomas Lynch, Jr.
(../signers/lynch.html), Arthur Middleton
(../signers/middleton.html)
Georgia:
Button Gwinnett (../signers/gwinnett.html), Lyman Hall
(../signers/hall.html), George Walton (../signers/walton.html) 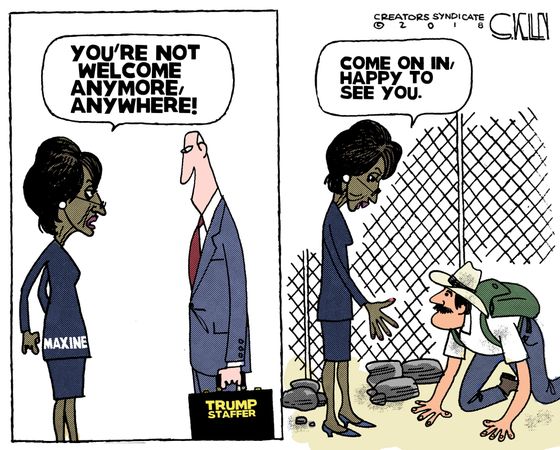 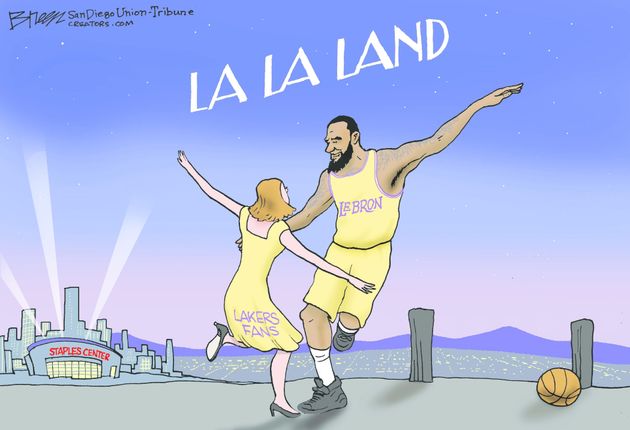 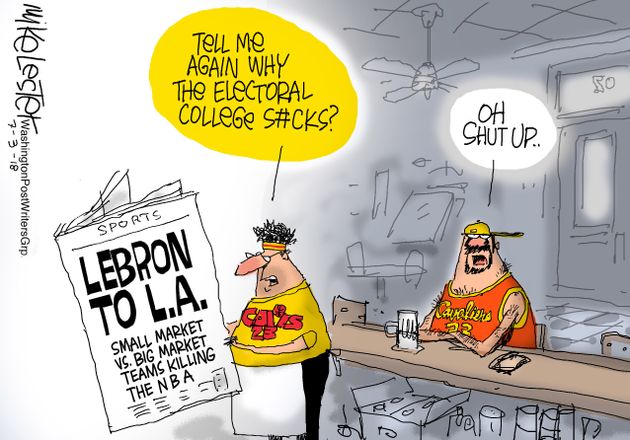 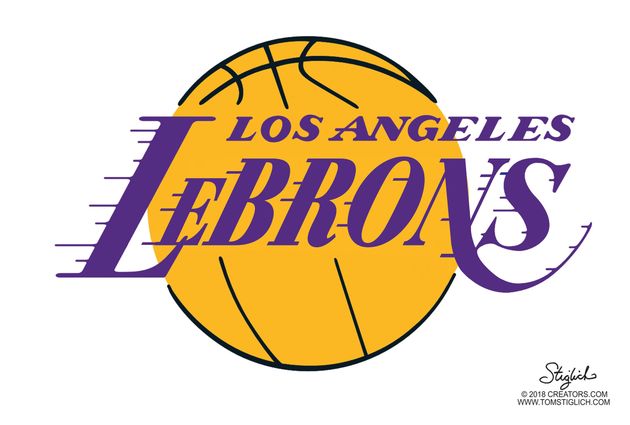 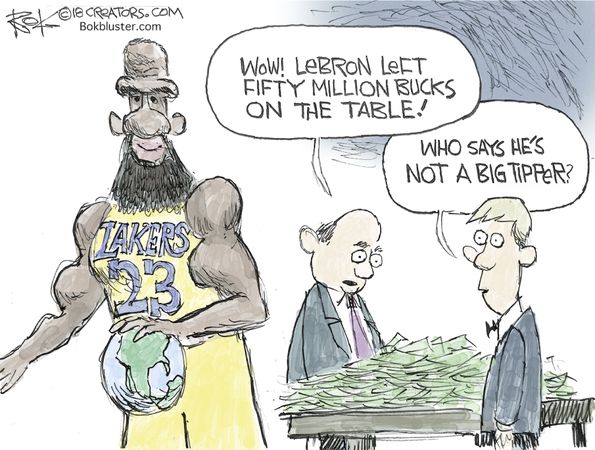 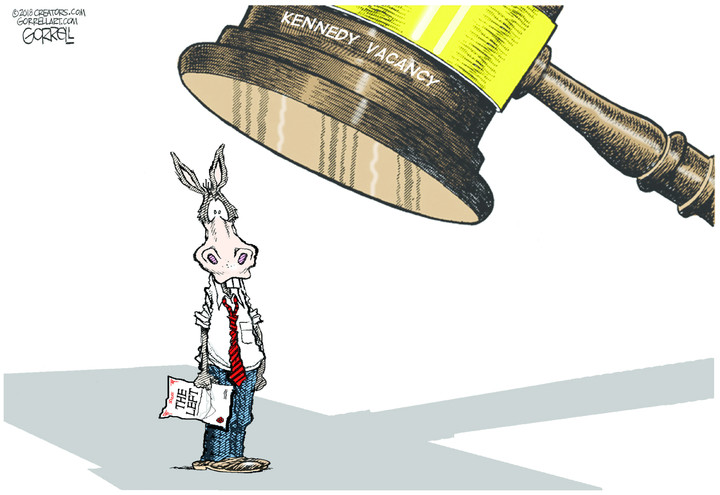 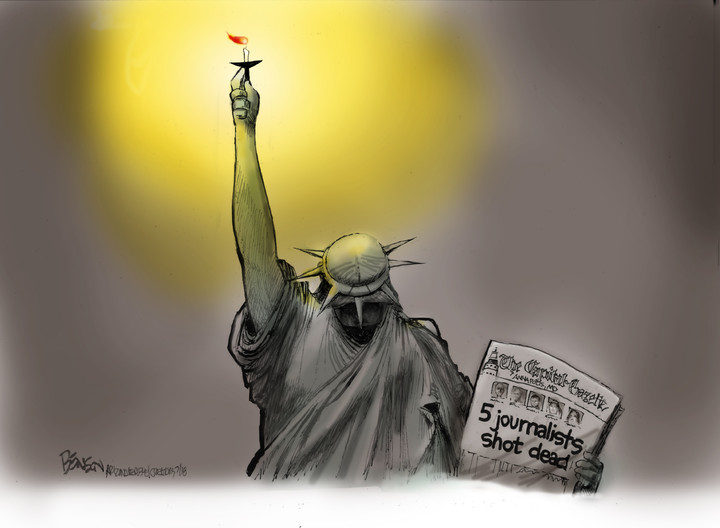 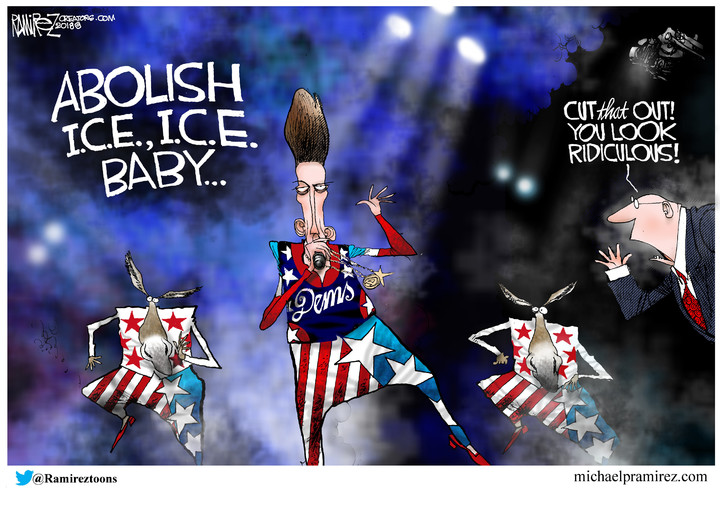 Every Weekday and Saturday